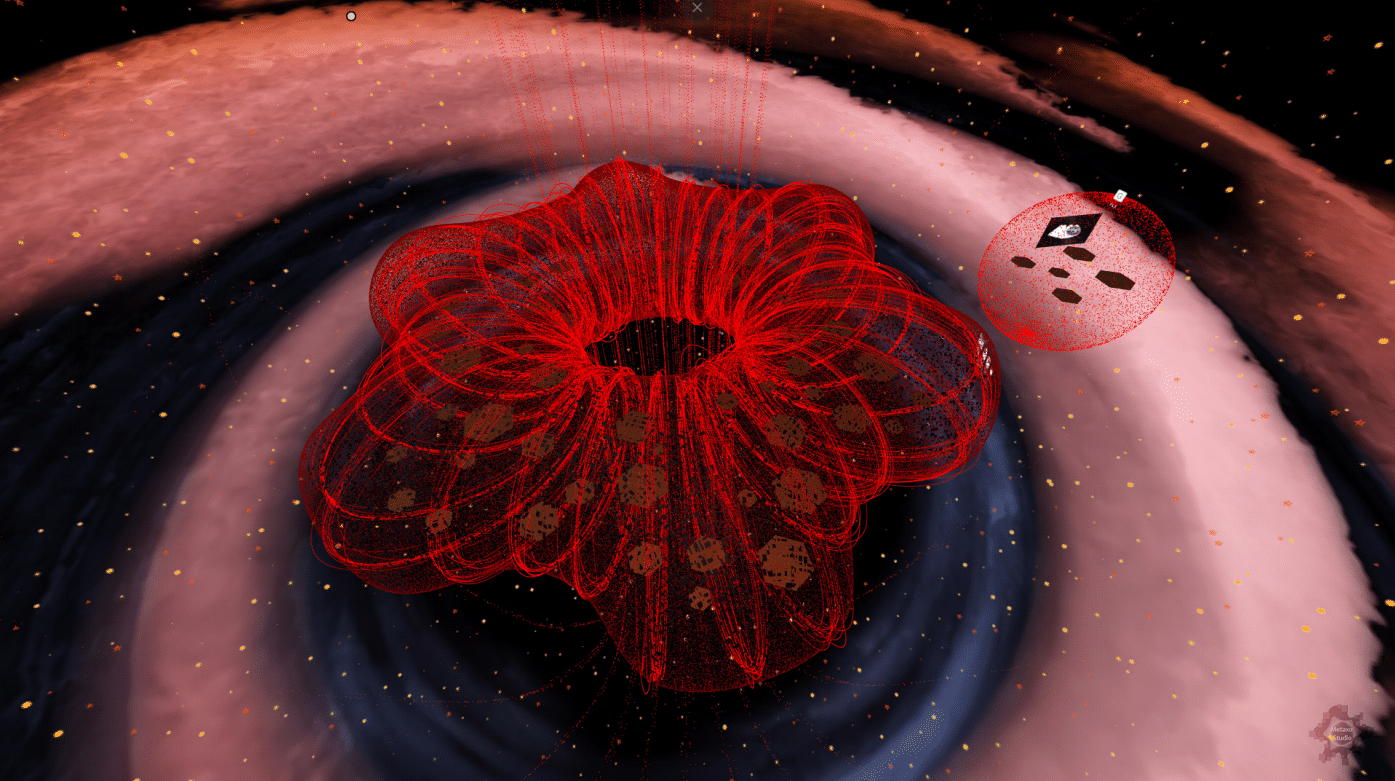 This VR experience transports the viewer to the black hole at the center of the Cartwheel Galaxy, located approximately 500 light-years from Earth in the Sculptor constellation. The Cartwheel Galaxy and its unusual shape are the result of a collision between two smaller galaxies.

From the perspective of the viewer in VR, the Cartwheel Galaxy extends around them into the distance. A point cloud of light arcs around the viewer, who is situated on an accretion disk at the precipice of the black hole. Notwithstanding the chaos one imagines to be found at the site of a black hole, “Cartwheel Galaxy” is deliberately calm. It imagines a frozen moment before oblivion, with the viewer perfectly balanced on the edge of time and space.

Unlike the other VR experiences in “Unfolding The Universe: First Light”, “Cartwheel Galaxy” does not anchor the viewer to the floor, instead allowing them to fly around the space. A few of Webb’s signature golden hexagons are placed on the floor to help visitors anchor their location.

The environment in “Cartwheel Galaxy” is created using a surface modeler, with the envelope converted into point clouds. The spinning galaxy is generated by applying textures to animated discs in Blender, a 3D modeling and animation software. The entire world is assembled using Spoke, Mozilla’s 3D scene creator, then published into Mozilla Hubs.