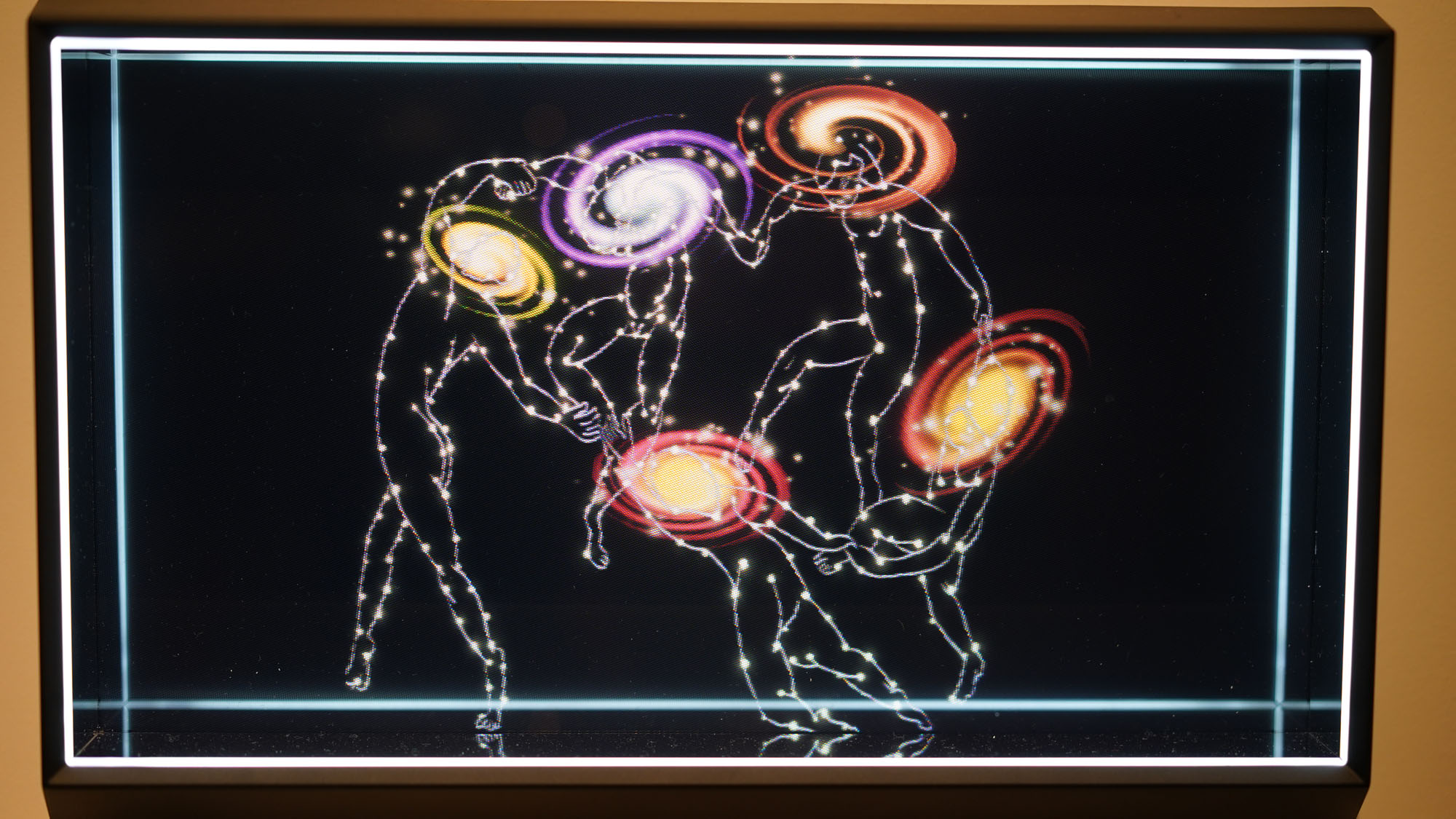 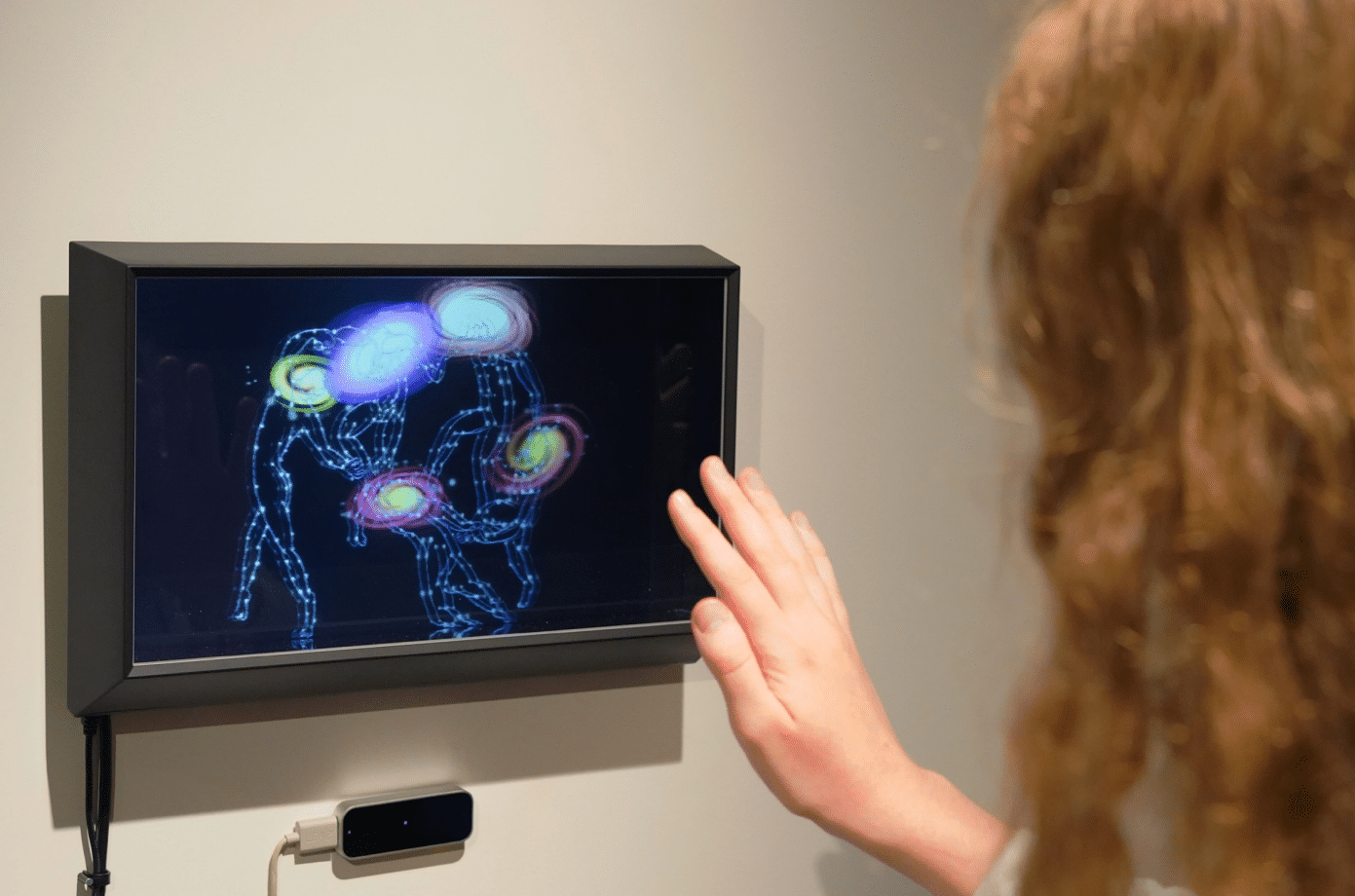 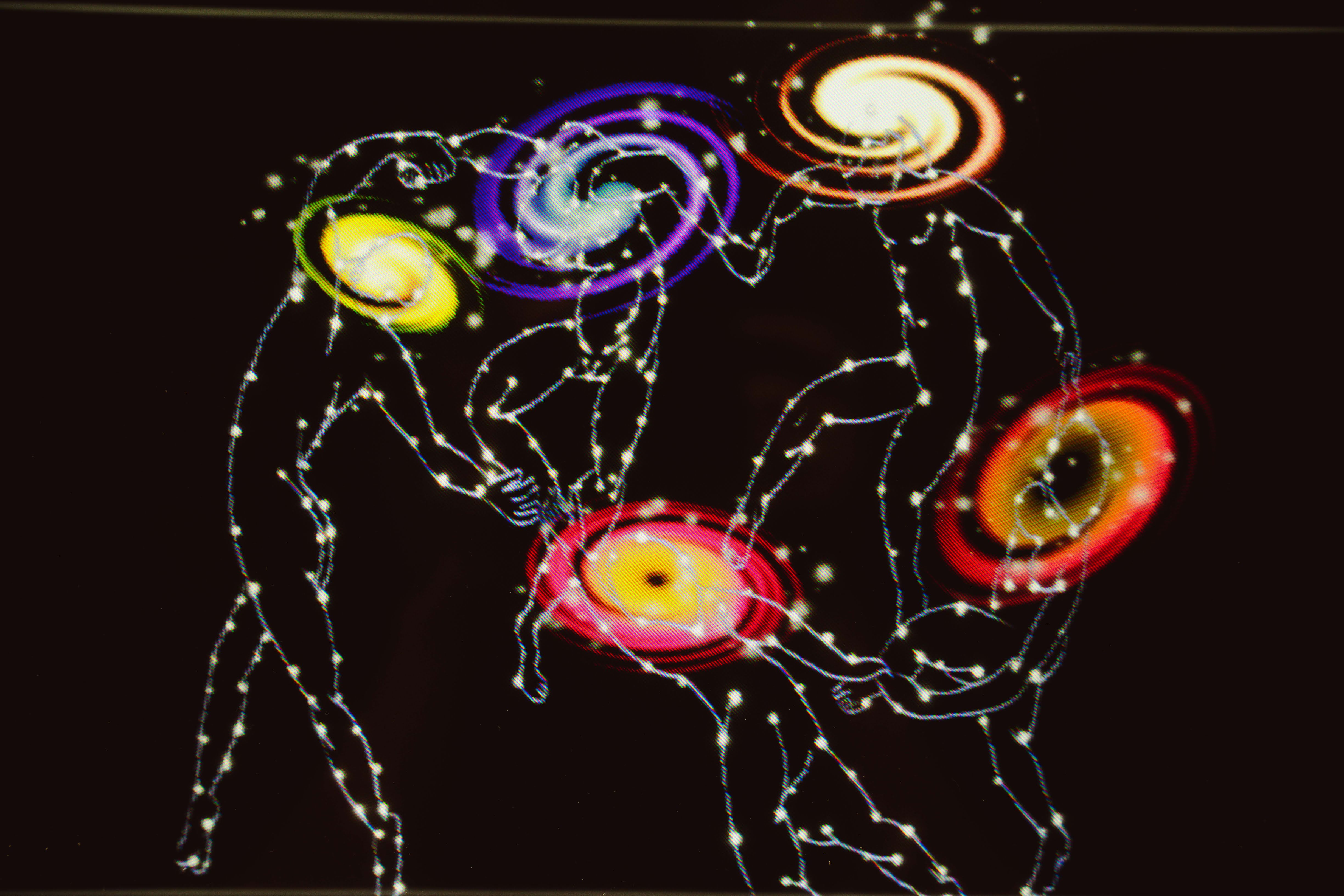 The five galaxies that make up Stephan’s Quintet feature in “La Danse”, a large scale holographic piece that fuses Matisse’s classic with images from the James Webb Space Telescope. Webb’s images have been transformed into holograms, controllable by viewers using a motion sensor.

The grouping of stars into recognizable constellations is a tradition as old as stargazing. It is a practice that has given us Orion and his belt, Ursa Major’s bear, and Gemini’s twins. “La Danse” gives Stephan’s Quintet a similar treatment from an artist’s perspective, mapping the five dancing galaxies onto the five dancing figures of Matisse’s original.

Like Matisse’s dancers, each galaxy spins together with its partners. The galaxies of Stephan’s Quintet are locked together by gravity, spinning ever closer to each other in a galactic ballet. In the case of Stephan’s Quintet, these dancing galaxies are colliding on a colossal scale, scattering massive clouds of gasses, and creating new forms.

The viewer is invited to participate in this cosmic dance by use of the leap motion interface. Hand movements in front of the motion sensor control the dance of the galaxies.