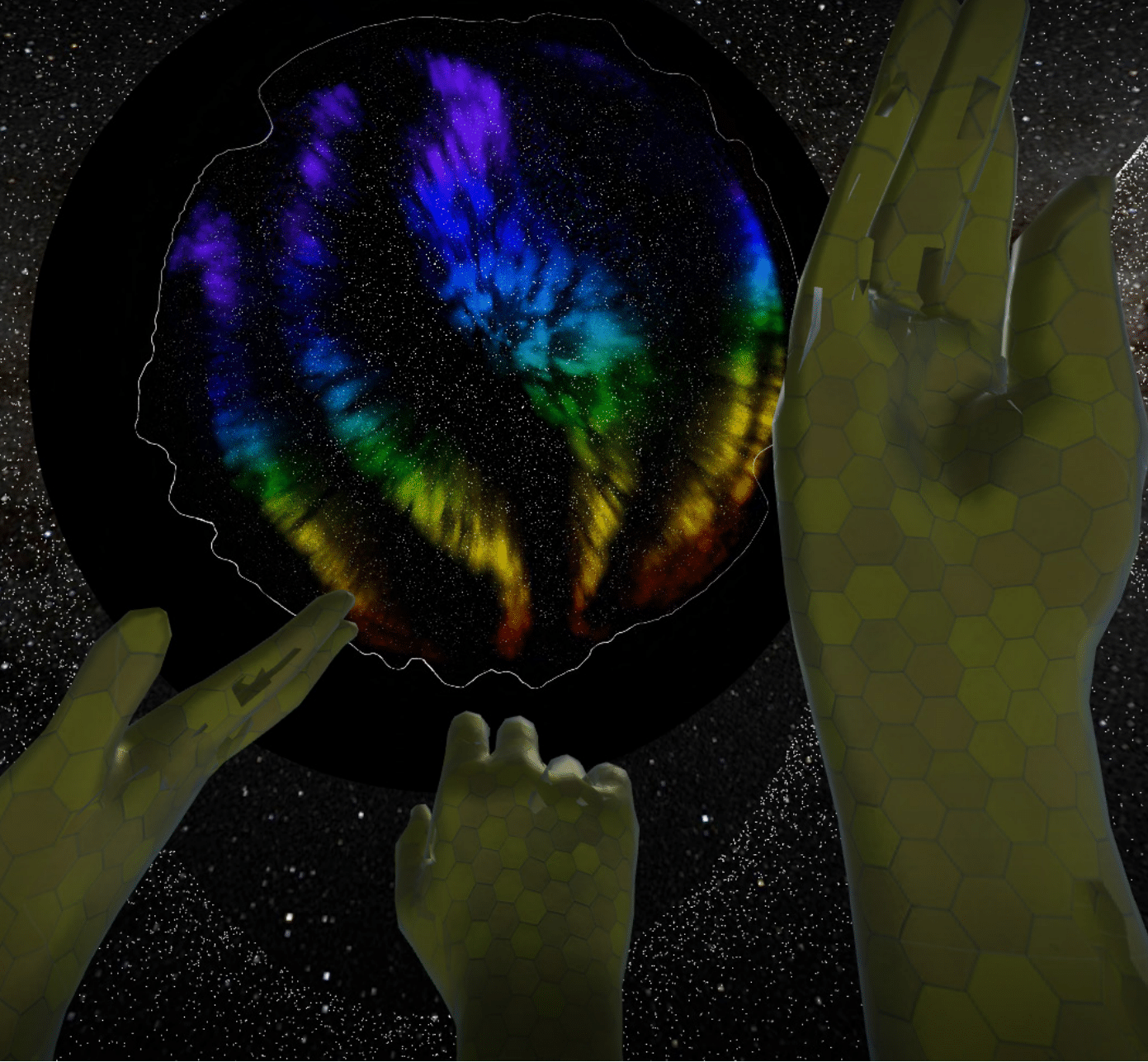 Search for Another World

This rainbow aurora depicts a spectroscopy graph of elements that scientists are searching for in the atmospheres of exoplanets—planets outside of our Solar System.

Spectroscopy data is collected when a planet passes over the star which it orbits. The James Webb Space Telescope collects light as it passes through the atmosphere of the planet, and the resulting data then takes the form of a spectrum, interposed with black bars where light is absent. This pattern of light and darkness—a spectral chiaroscuro—allows scientists to determine which elements are present in a planet’s atmosphere.

This VR work allows viewers to travel to a hypothetical exoplanet and immerse themselves in one of these spectral light graphs, which takes the form of a rainbow aurora borealis. What appears as a mountain range on the horizon is in fact a line graph consisting of the spectral signature for water, already identified by Webb as existing on exoplanet WASP-96b.