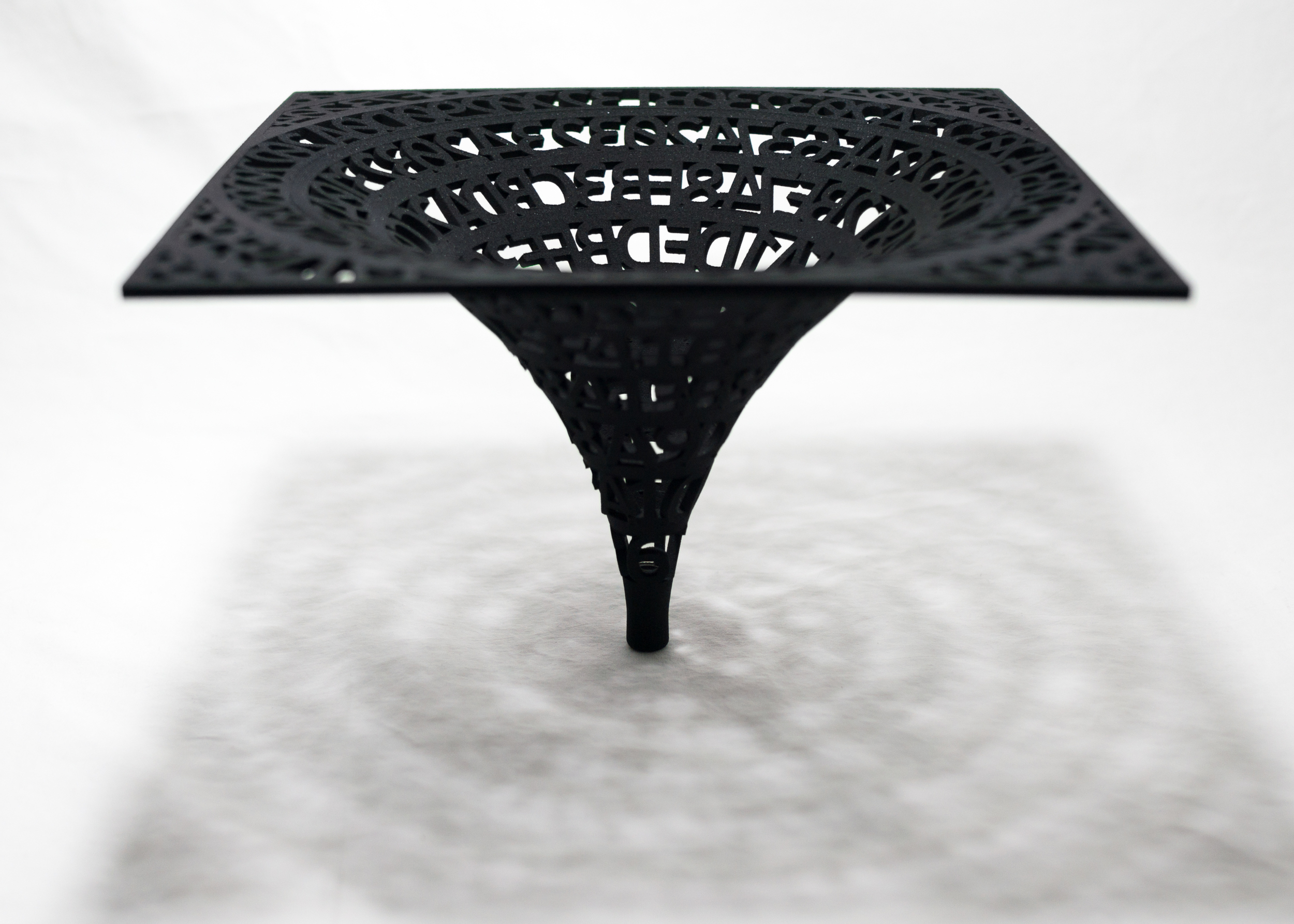 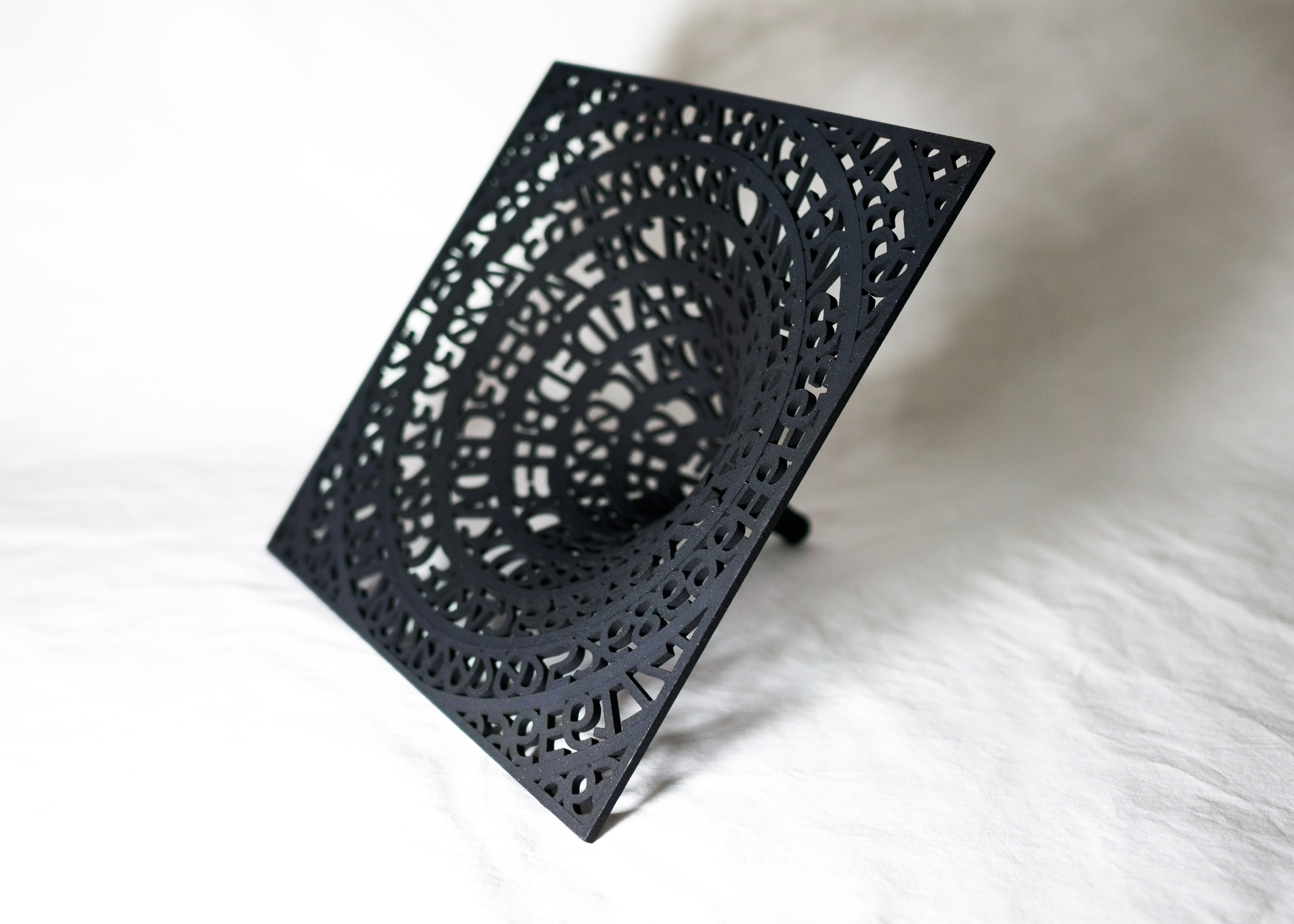 Singularity is a sculptural representation of the unknown. There is nothing in the universe we understand less and the black hole is a daunting reminder to humanity how much we still have to learn. The point of singularity inside a black hole is where all laws of physics begin to fail and our understanding of the universe is gone. When creating art for the future using cutting edge technology it is useful to remind oneself how primitive we still are.

The text is code.  If a computer were to read that code it would see the object you are seeing.  This is art you both can enjoy.