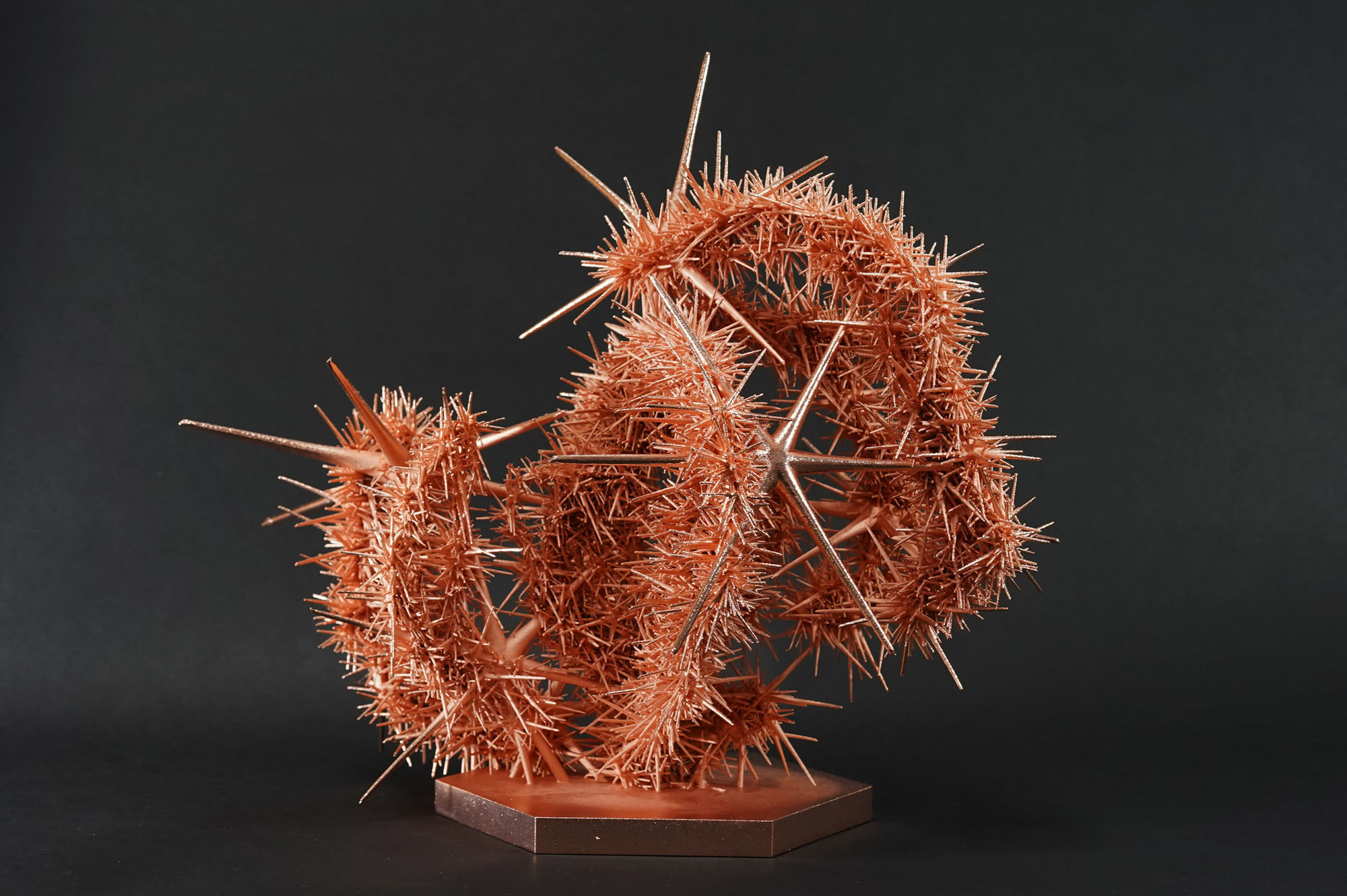 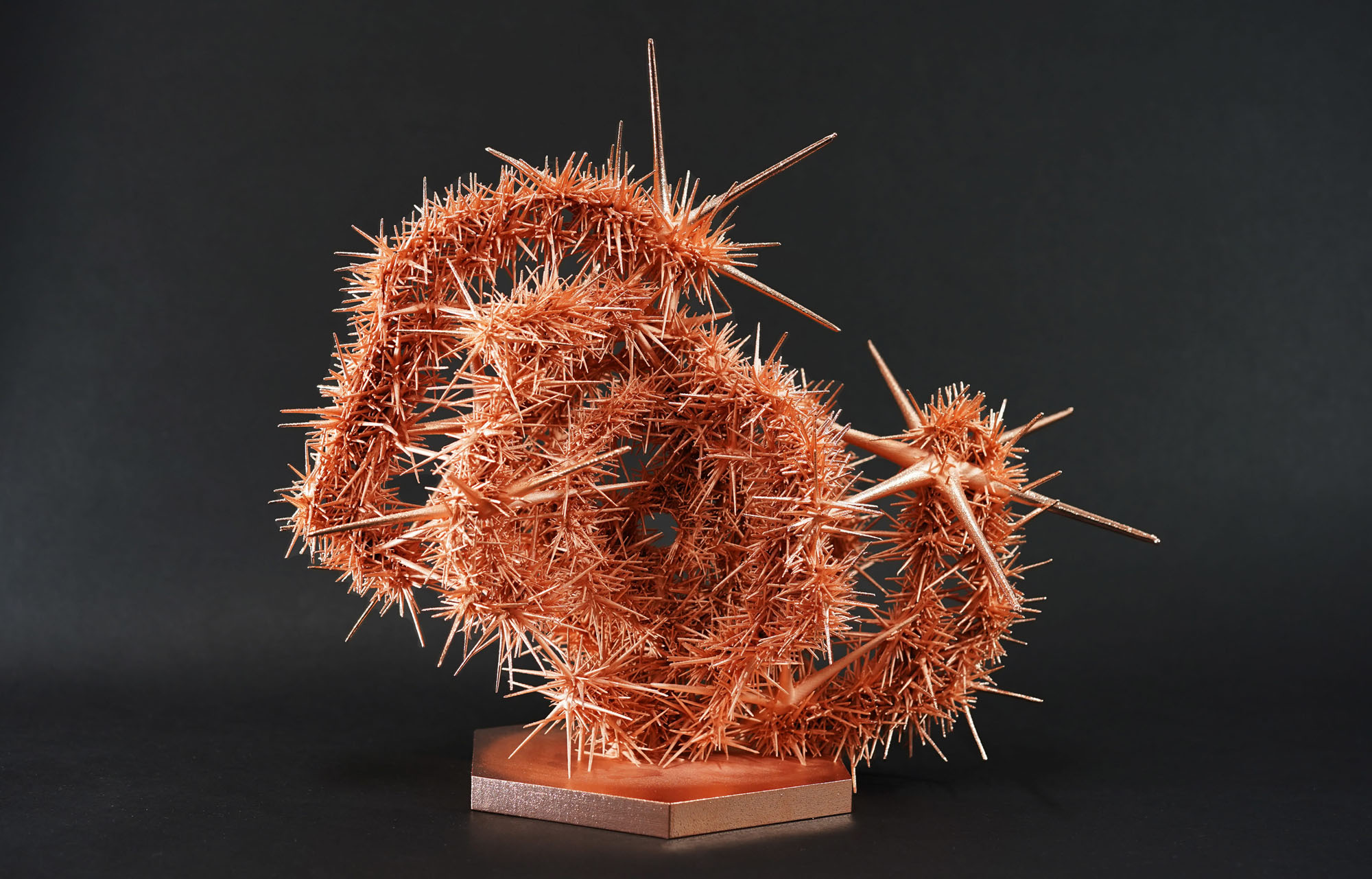 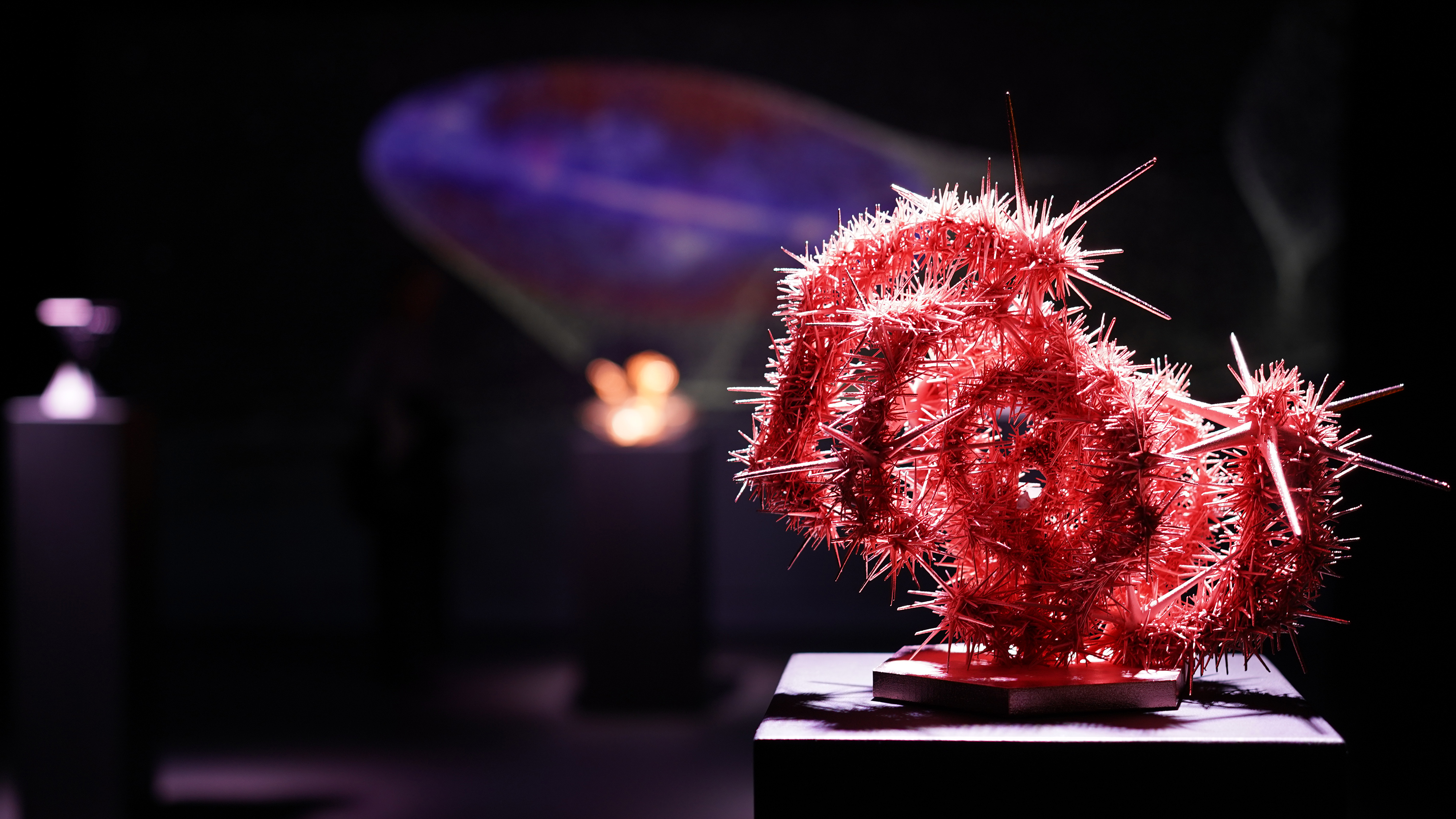 “Southern Ring Nebula” is a work of directed and generative art based on a photo of the Southern Ring Nebula, taken by the James Webb Space Telescope. The Southern Ring Nebula surrounds a duo of stars, one of which is ejecting clouds of dust and gas into a ring shape as it slowly dies. The stars themselves are represented by aquamarine gems nested in the center of the sculpture. Aquamarine is beryllium composite, chosen because beryllium is the key component of the Webb’s primary mirror array (underneath the Webb mirror’s signature gold plating) and one of the earliest elements created following the big bang.

First, the original Webb image of the Southern Ring Nebula was used to generate a point cloud. Second, a point-to-point path was manually traced to generate the characteristic rings of the Nebula. Finally, the points and path were digitally transformed into Webb’s iconic signature star point motif. The random seeds that control the placement of the star motif were set to 6, 1, and3, to represent the distance from earth to the nebula: 613 parsecs.