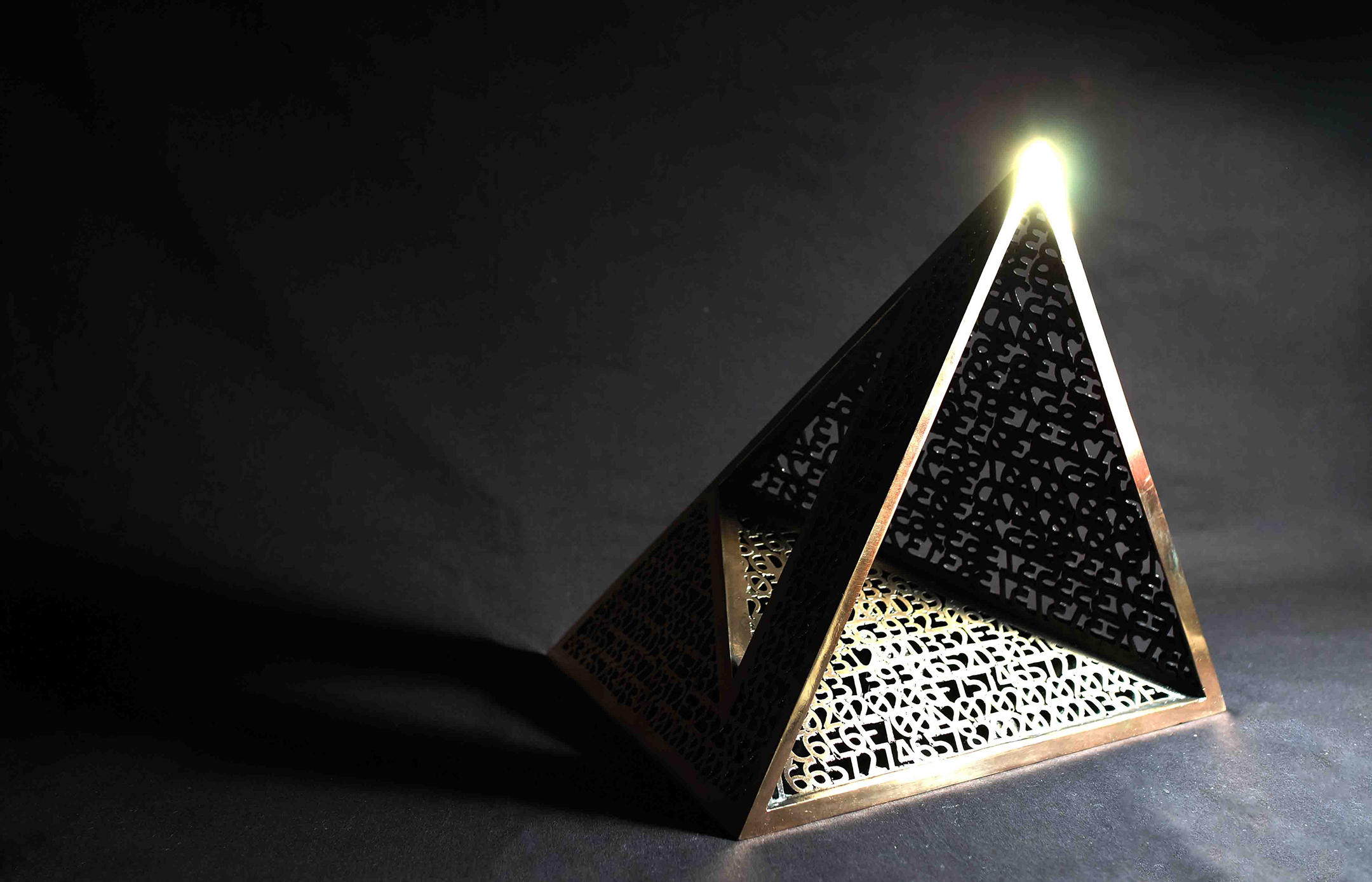 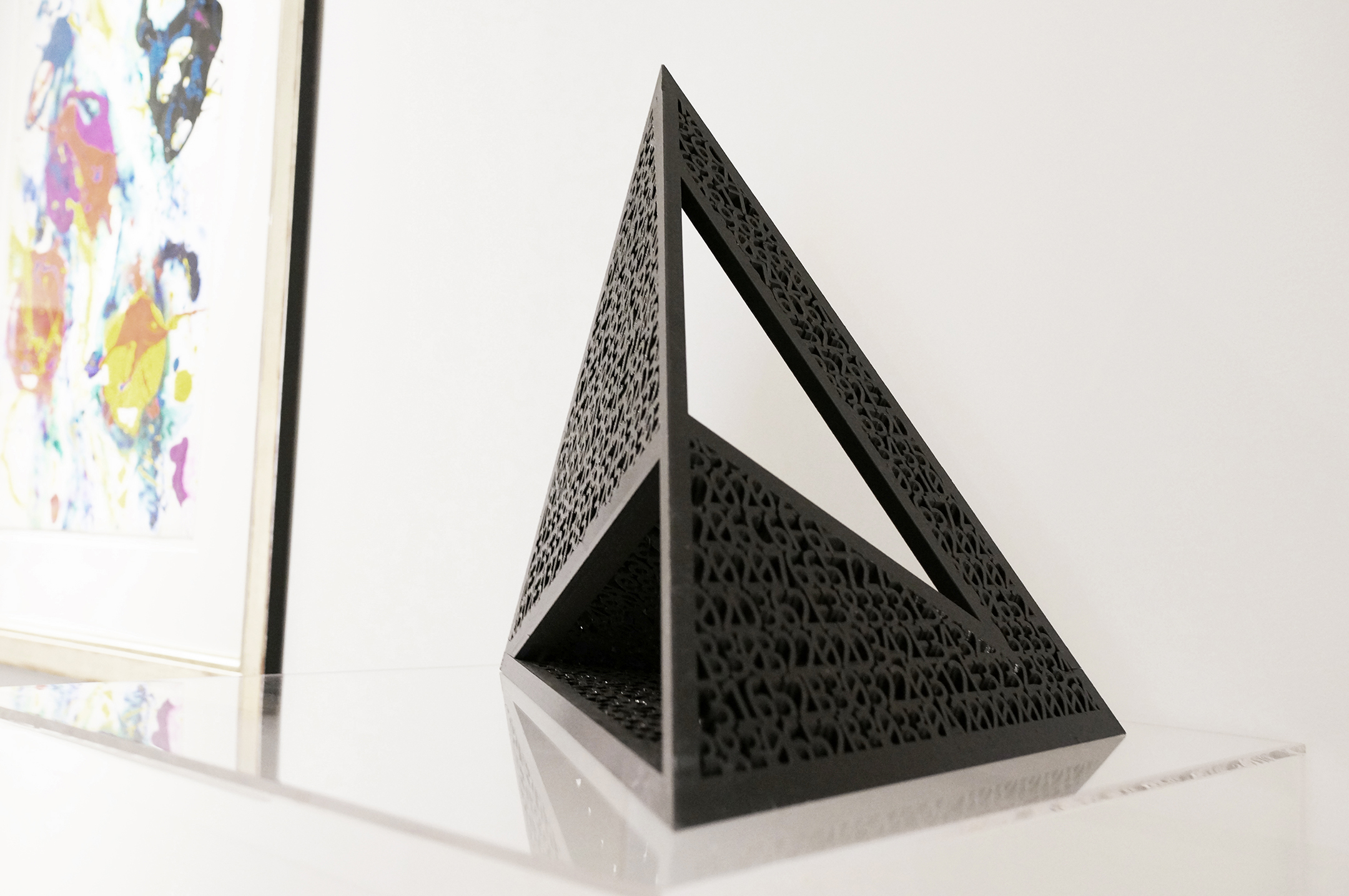 TL;DR
The text is code.  If a computer were to read that code it would see the object you are seeing.  This is art you both can enjoy.