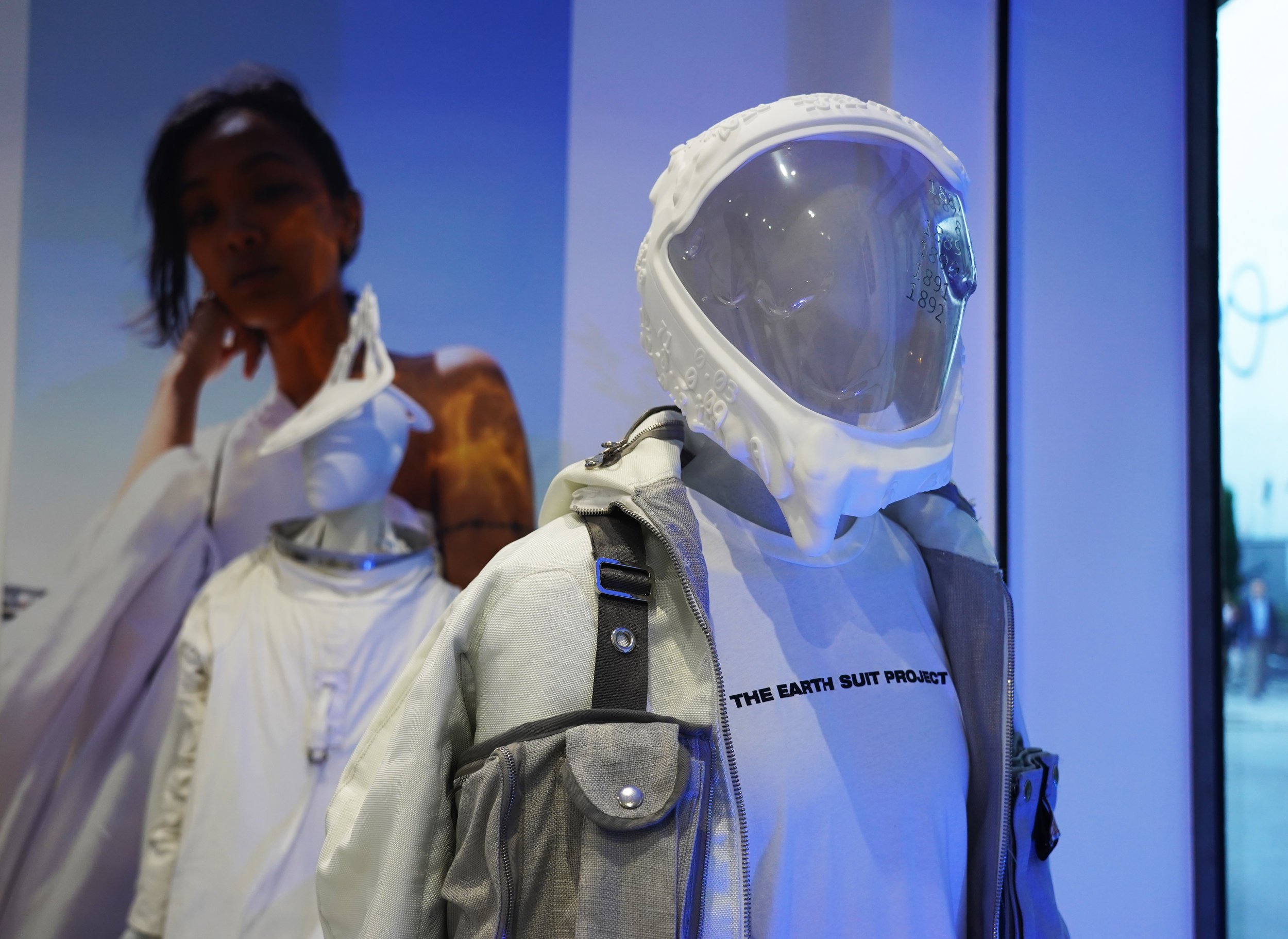 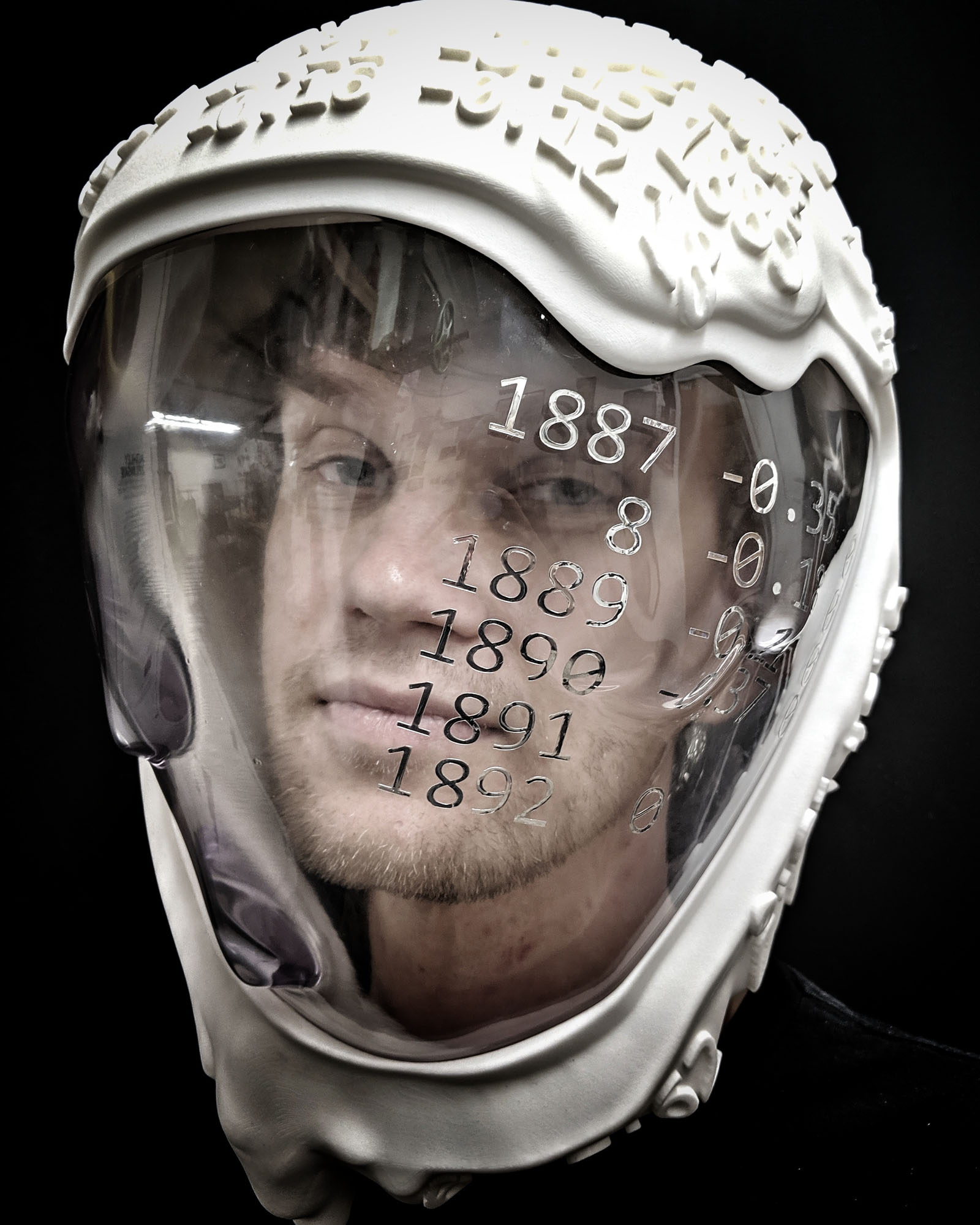 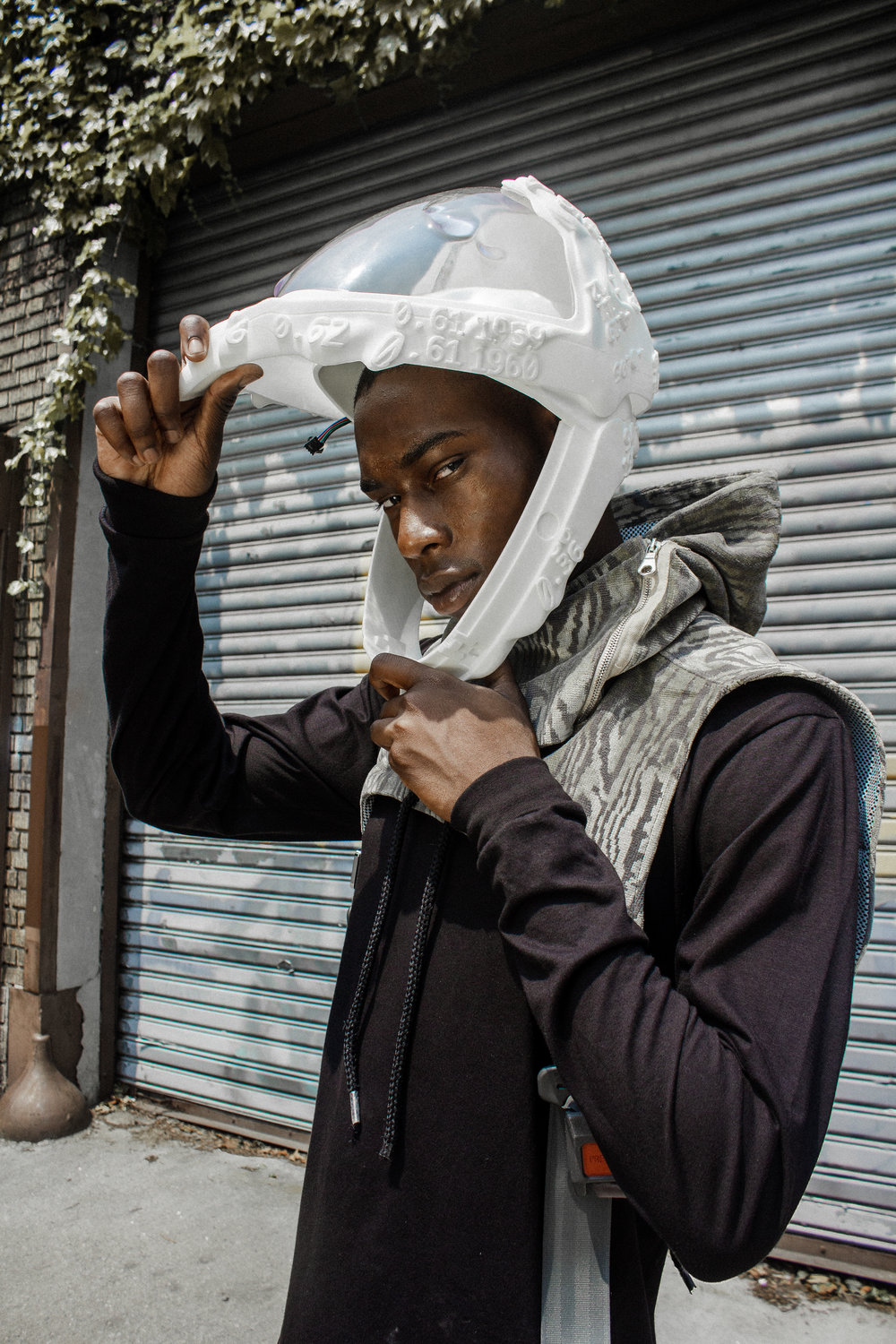 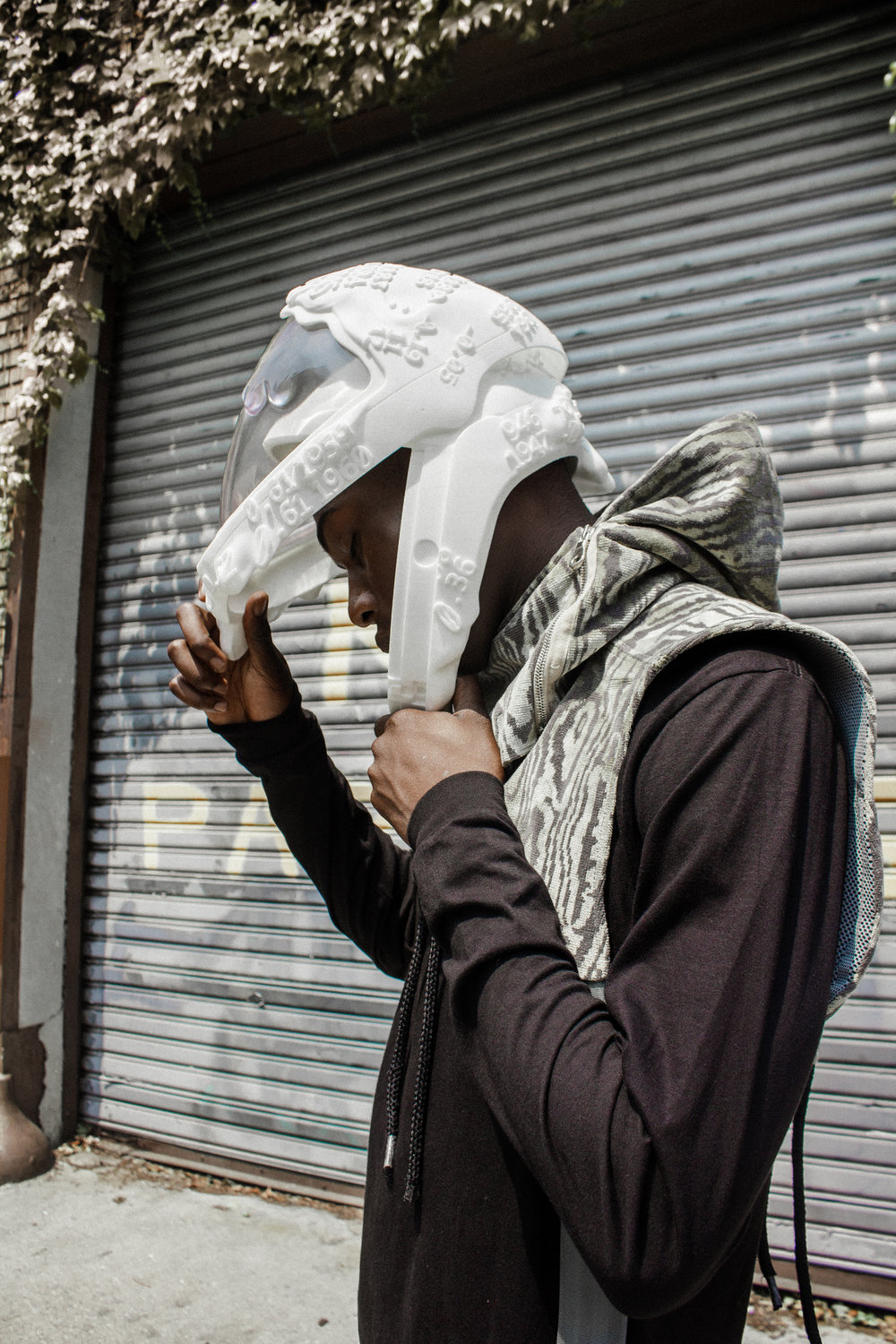 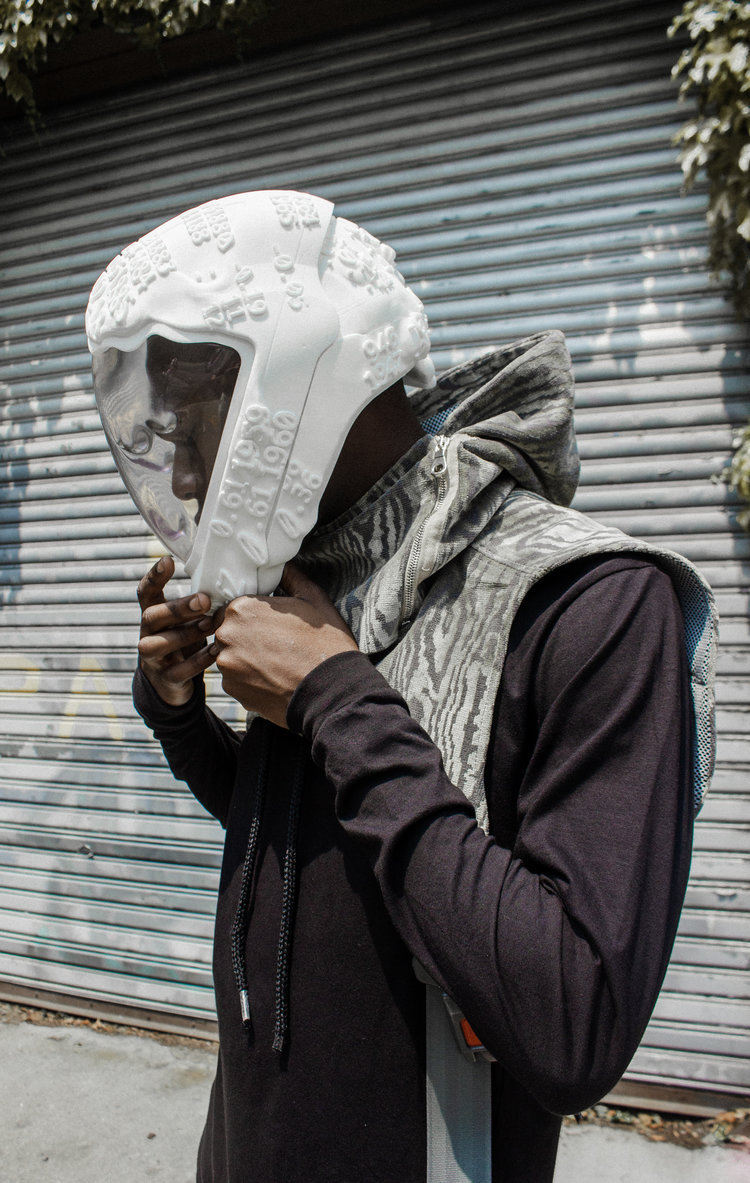 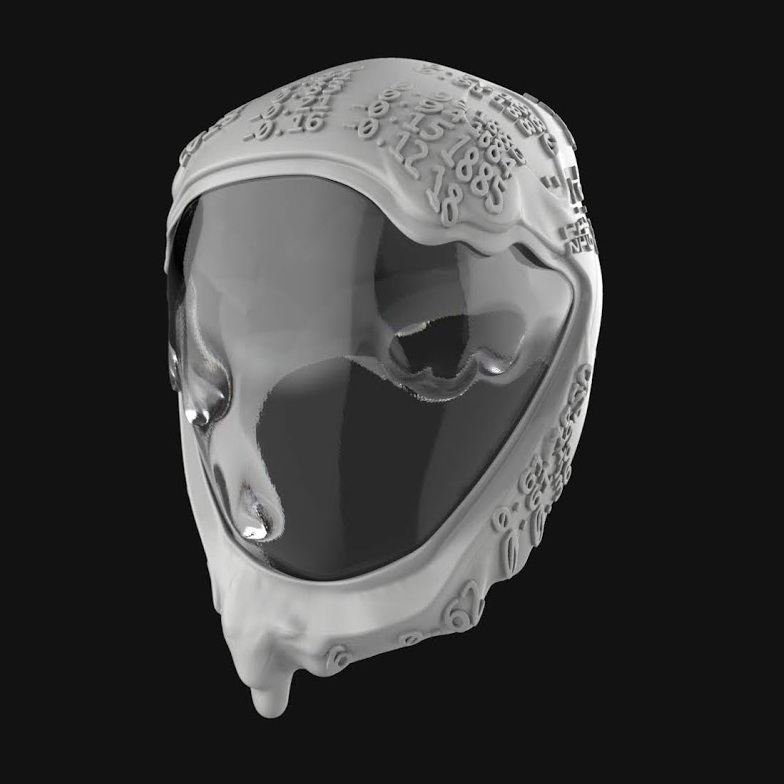 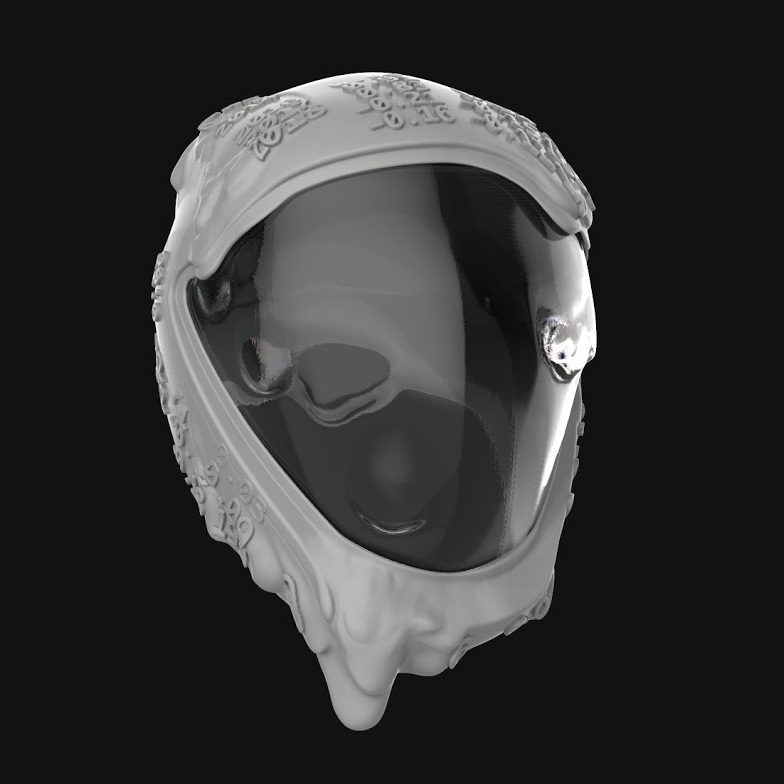 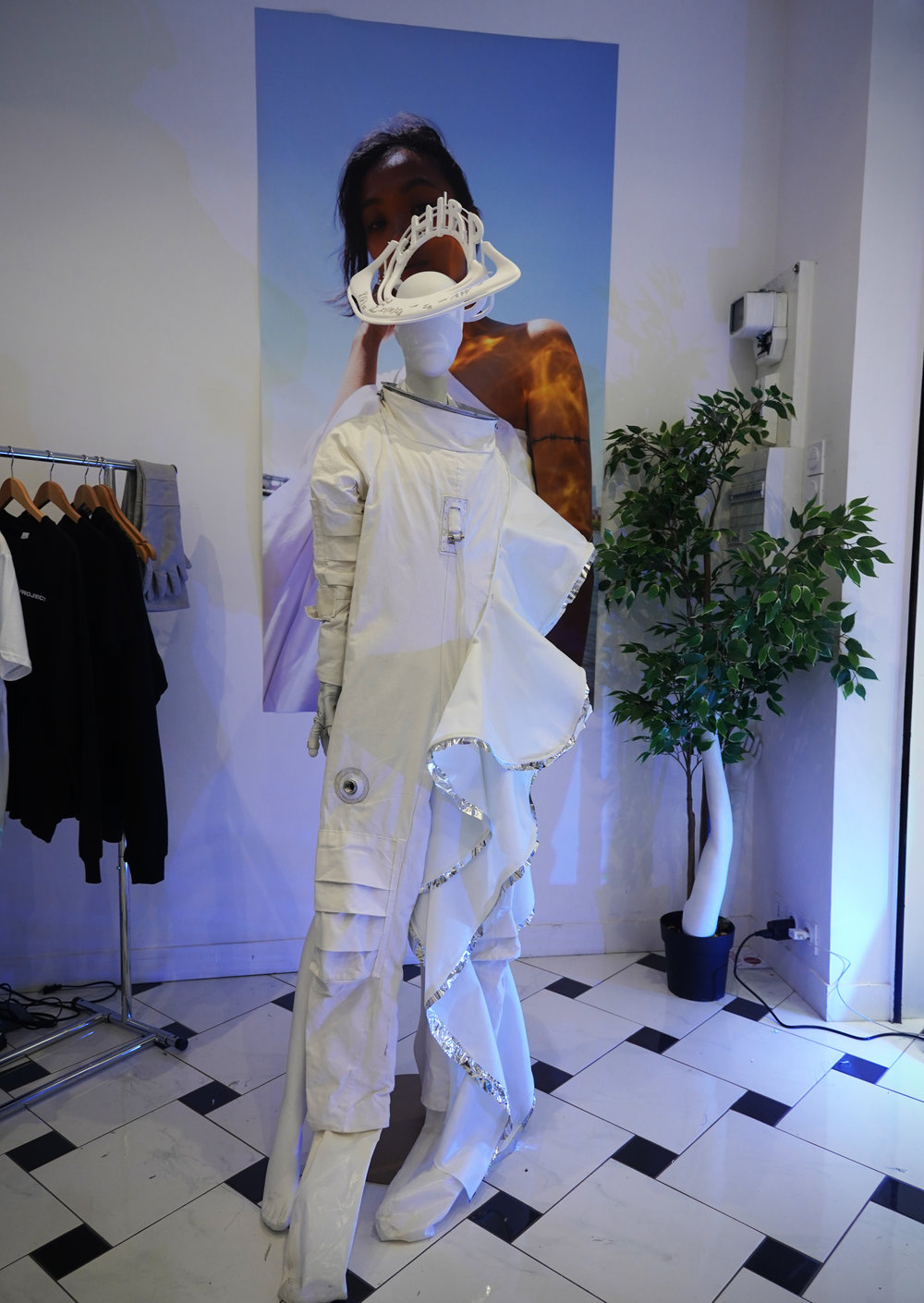 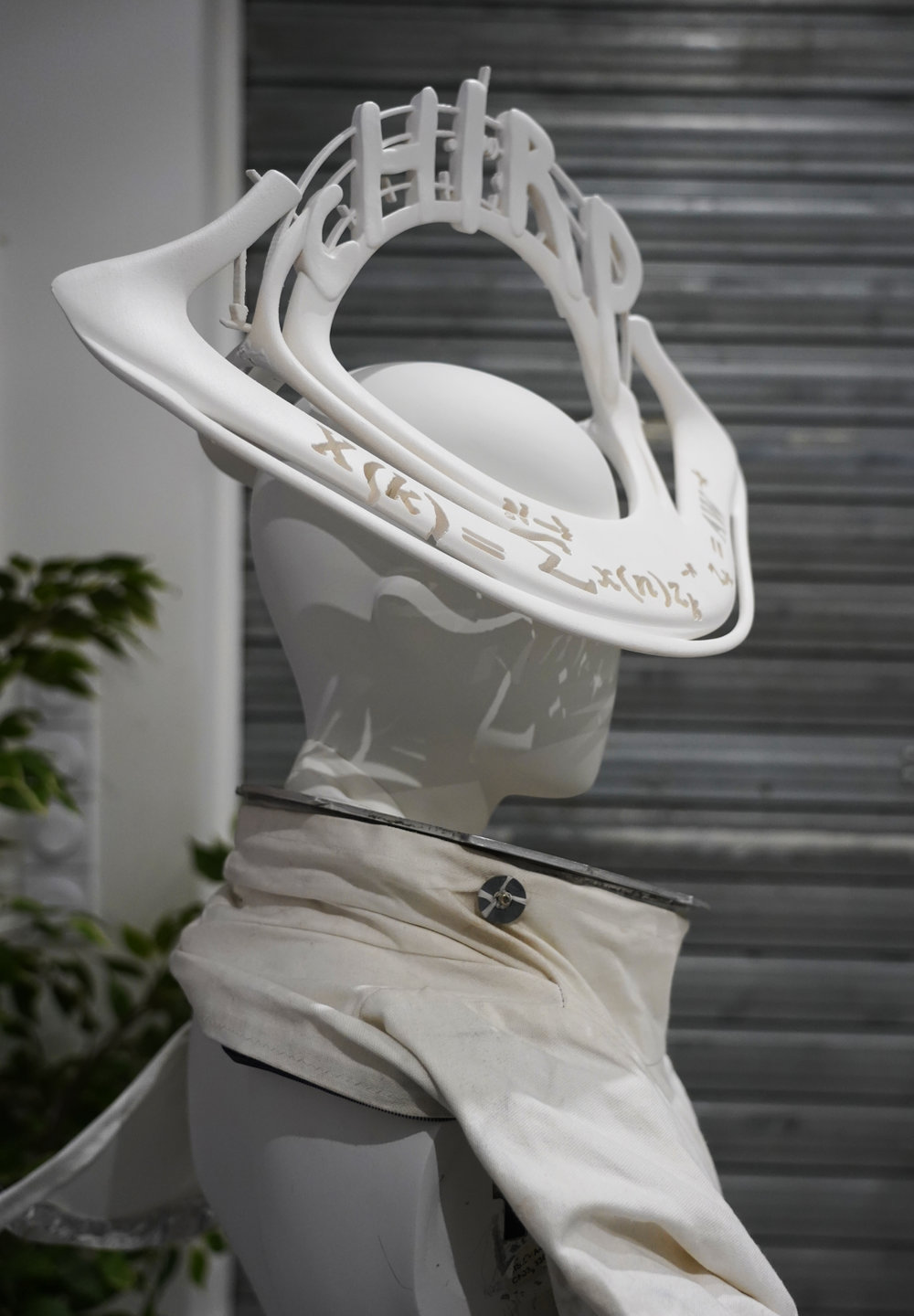 In collaboration with Querencia Studios for Paris Fashion Week

The "Мир мир" (Mir Mir) Helmet was designed by Ashley Zelinskie in cooperation with “Earth Suit Project” by Querencia studio for Paris Fashion week 2019. Ashley Zelinskie is a fine artist working at the intersection of art and technology, and this is her first collaboration with a fashion studio.

The helmet’s design includes climate change data that appears to be melting out of a modified Space X helmet design. The data on the helmet is provided by NASA, and “illustrates the change in global surface temperature relative to 1951-1980 average temperatures.” As they note, “[e]ighteen of the 19 warmest years all have occurred since 2001.The year 2016 ranks as the warmest on record.” The data on the helmet references not only rising global temperatures, but also the heated debate around climate change and how to address it.

Space exploration is both a new hope for mankind, and also a second chance, as we appear to stumble blindly towards destroying or irreversibly damaging Earth. Our growing knowledge of how difficult it is to inhabit other worlds should increase appreciation of our own, and in turn encourage us to protect it.

The Space X helmet design was chosen as a publicly released modern helmet design, and to echo the collaboration between Kate Walz of Querencia Studio and Pacific Spaceflight. The helmet’s name—“Mir Mir”—is a play on words, as “mir” is a Russian word meaning either world or peace. Every astronaut must learn Russian in order to participate in the space program, a rare area of continuing international cooperation of the kind needed to combat climate change.

The helmet is 3D printed in SLA resin-based plastic, through an additive process that minimizes material waste. This material will decompose when in contact with high levels of UV radiation, meaning the helmet will actually melt in an extreme environment.

“CHIRP” is a 3D modeled black hole fascinator incorporating the algorithm "CHIRP" written by Katie Bouman who was the scientist credited with the first image taken of a black hole. Her algorithm and diagrams are inscribed on the accretion disks or brims of the hat.