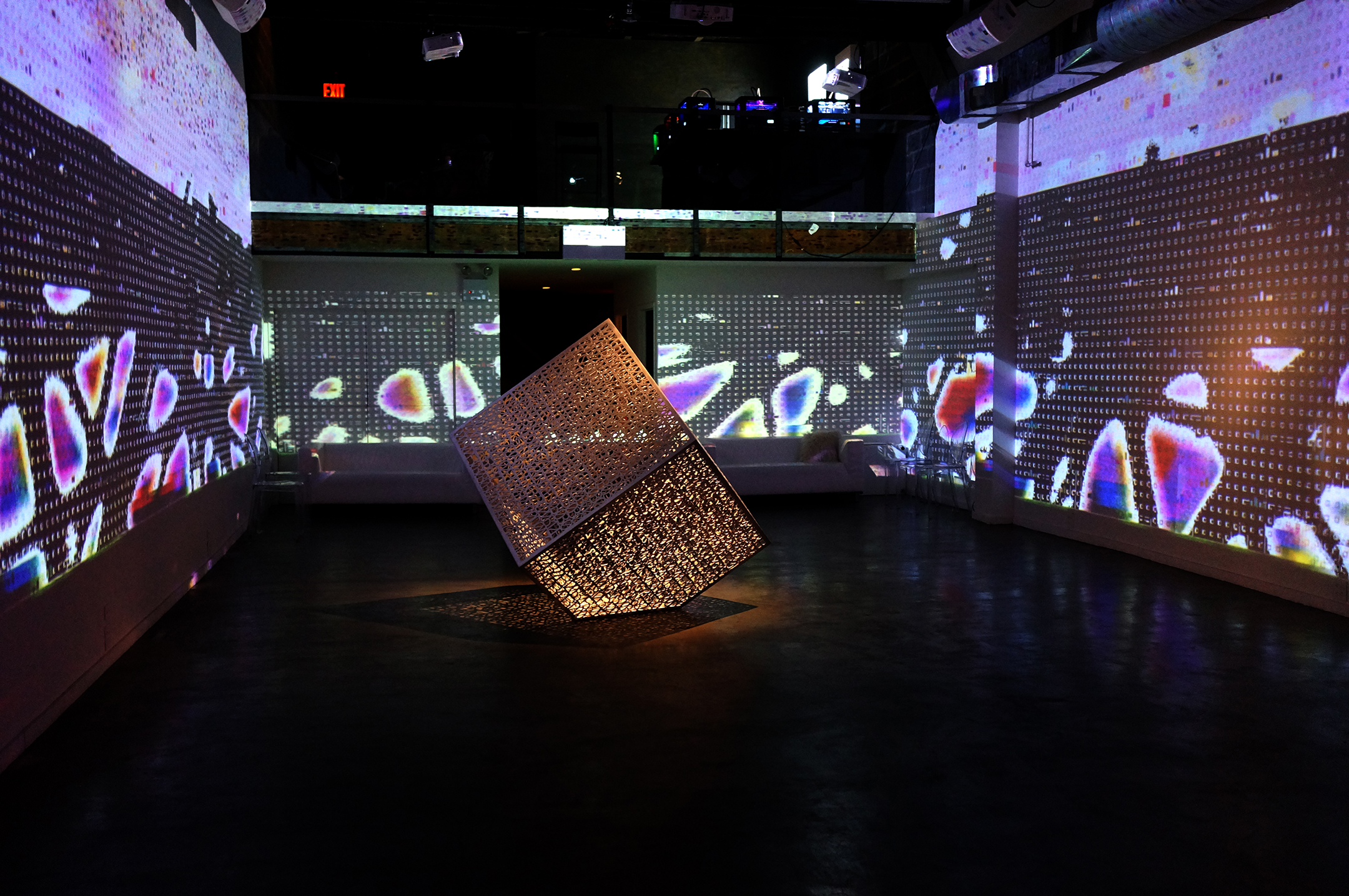 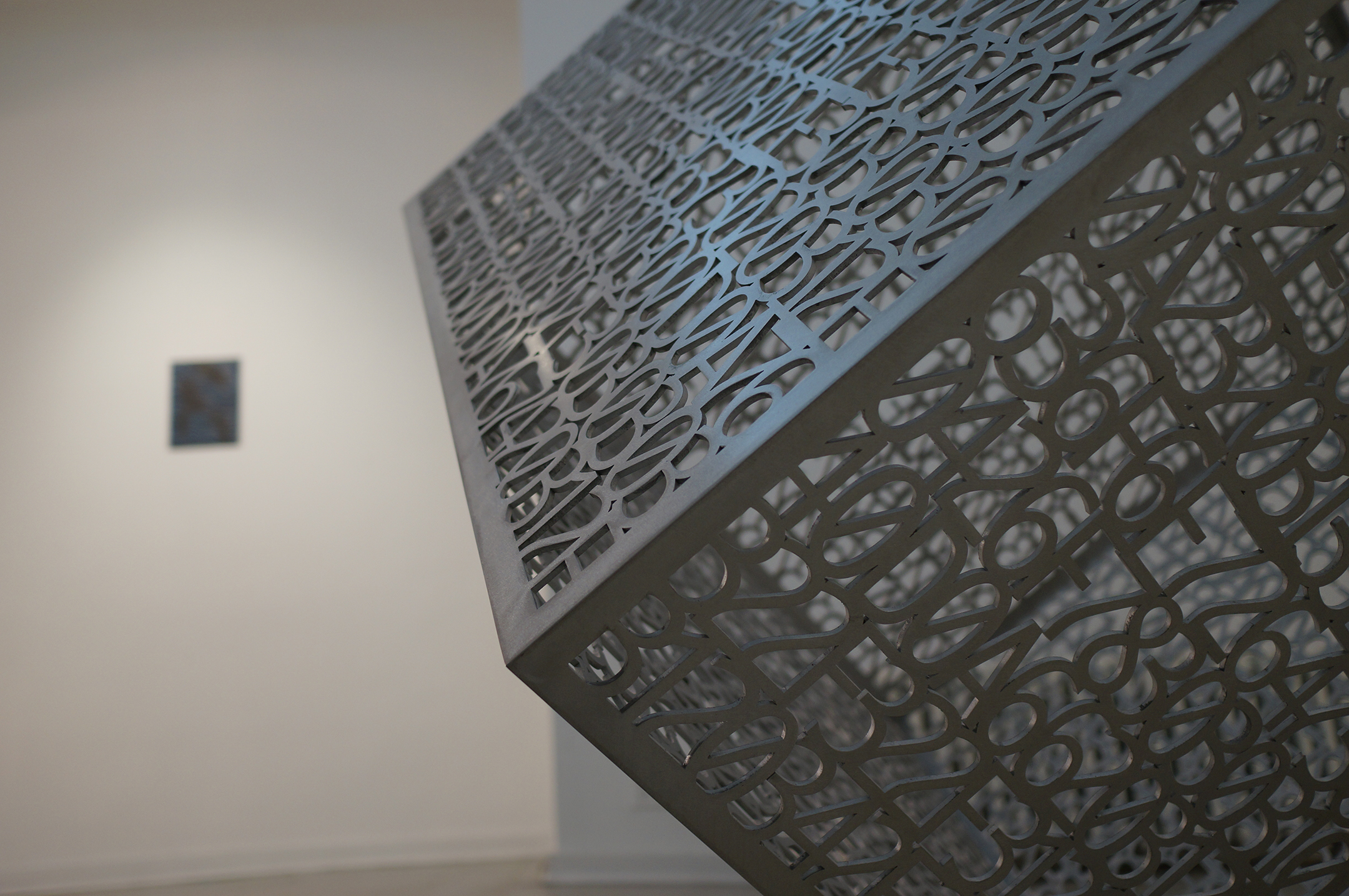 Part of the Reverse Abstraction series, This hexahedron was commissioned by the US State Department's Art in Embassies program for the US consulate in Saudi Arabia.

The text is code.  If a computer were to read that code it would see the object you are seeing.  This is art you both can enjoy.