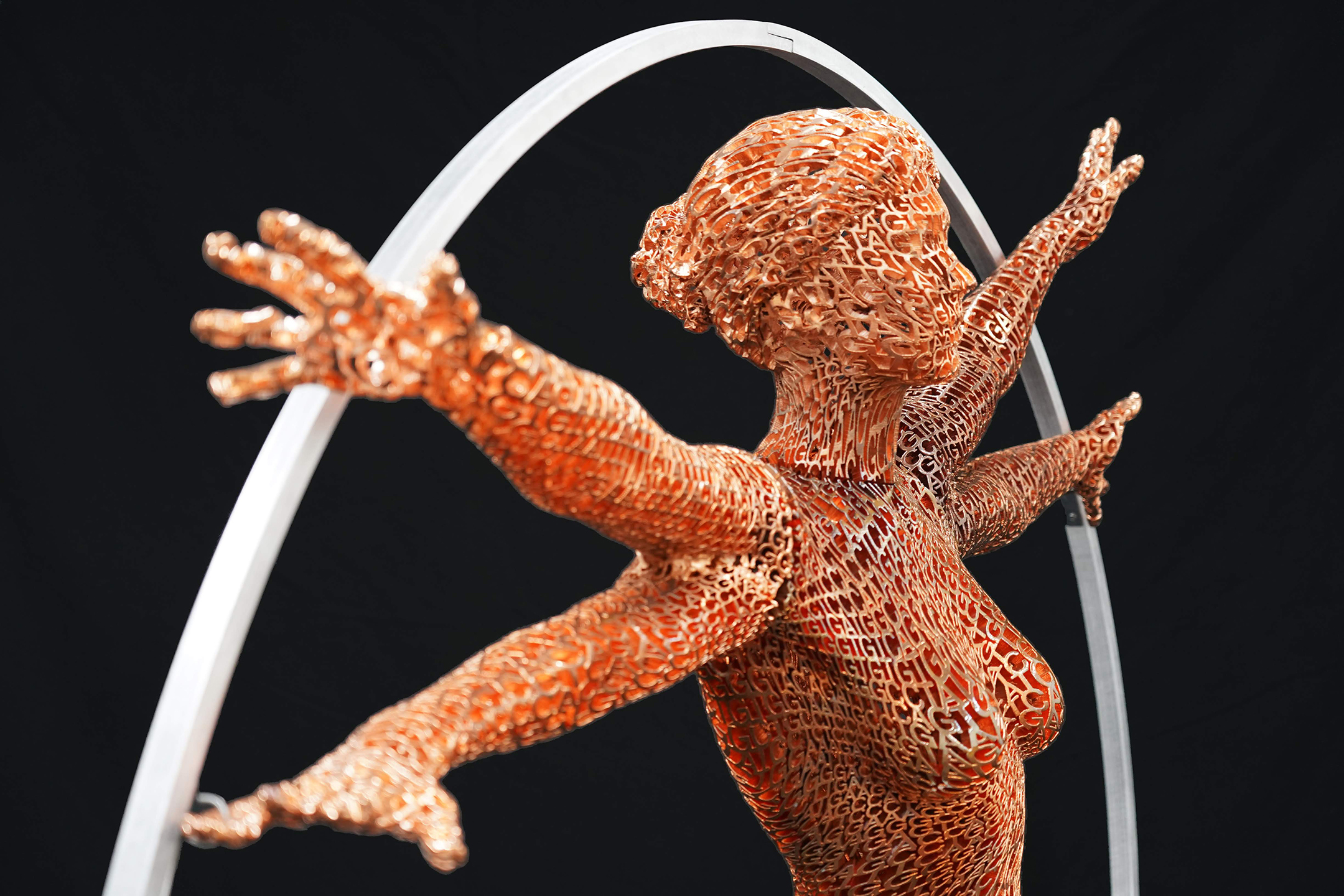 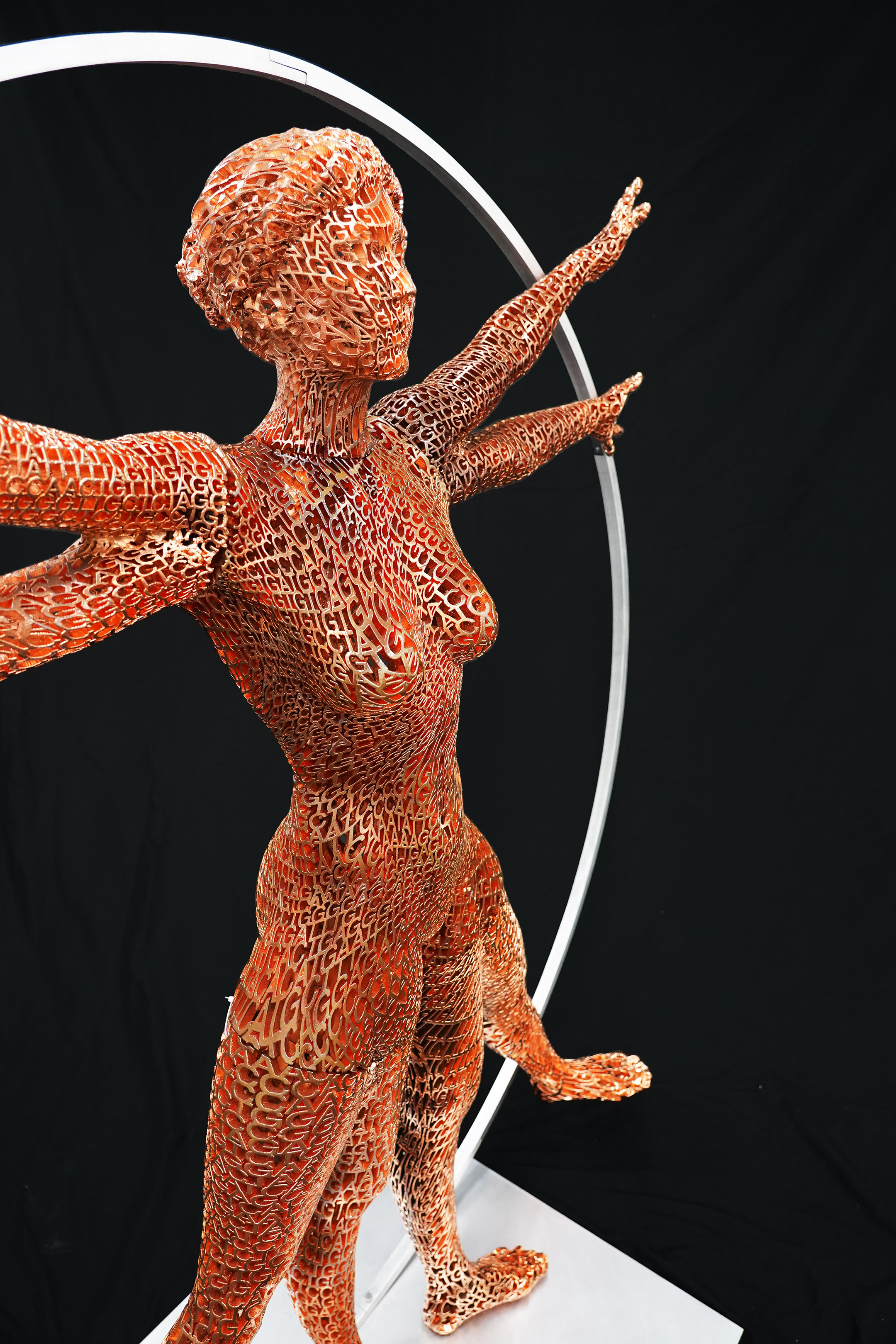 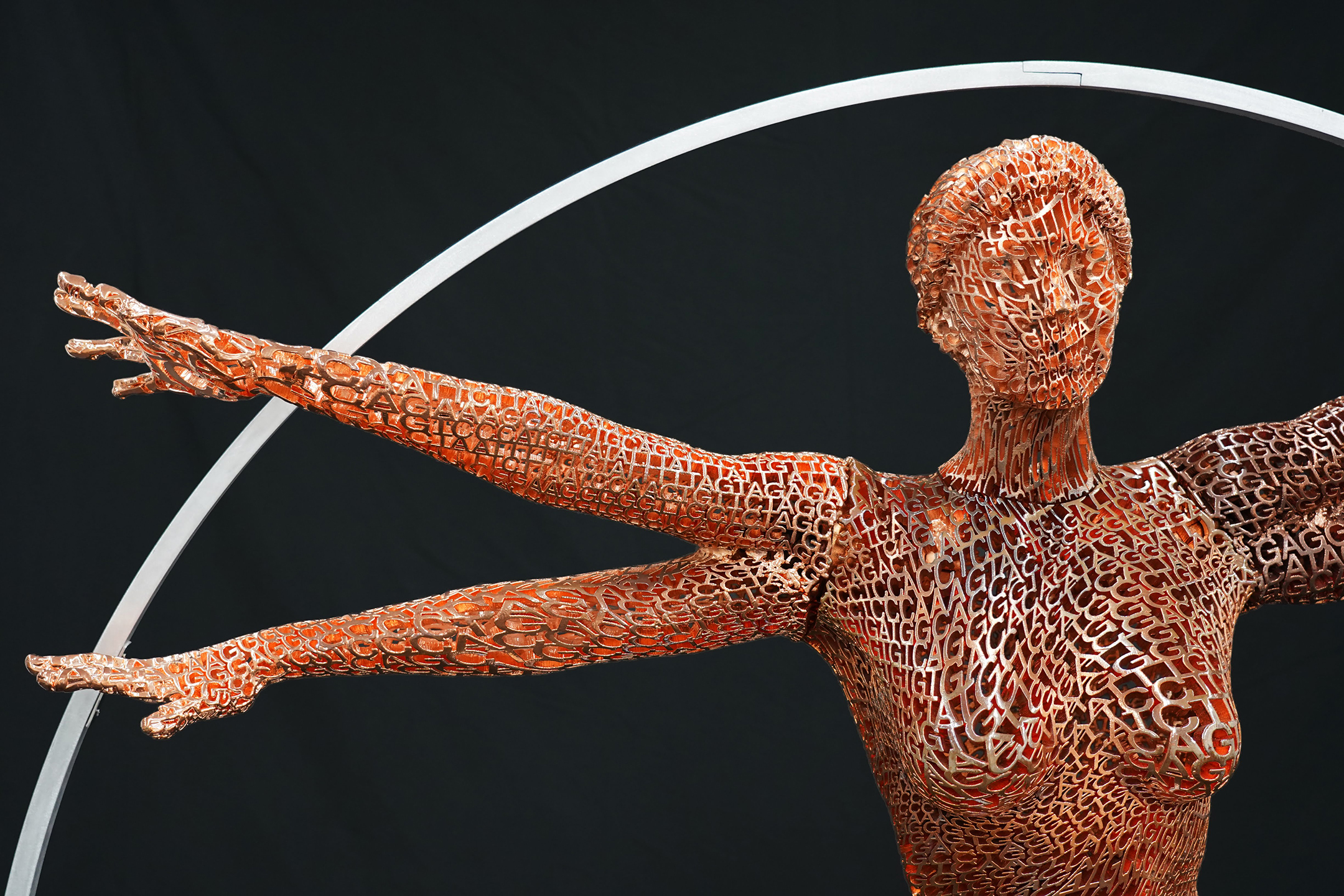 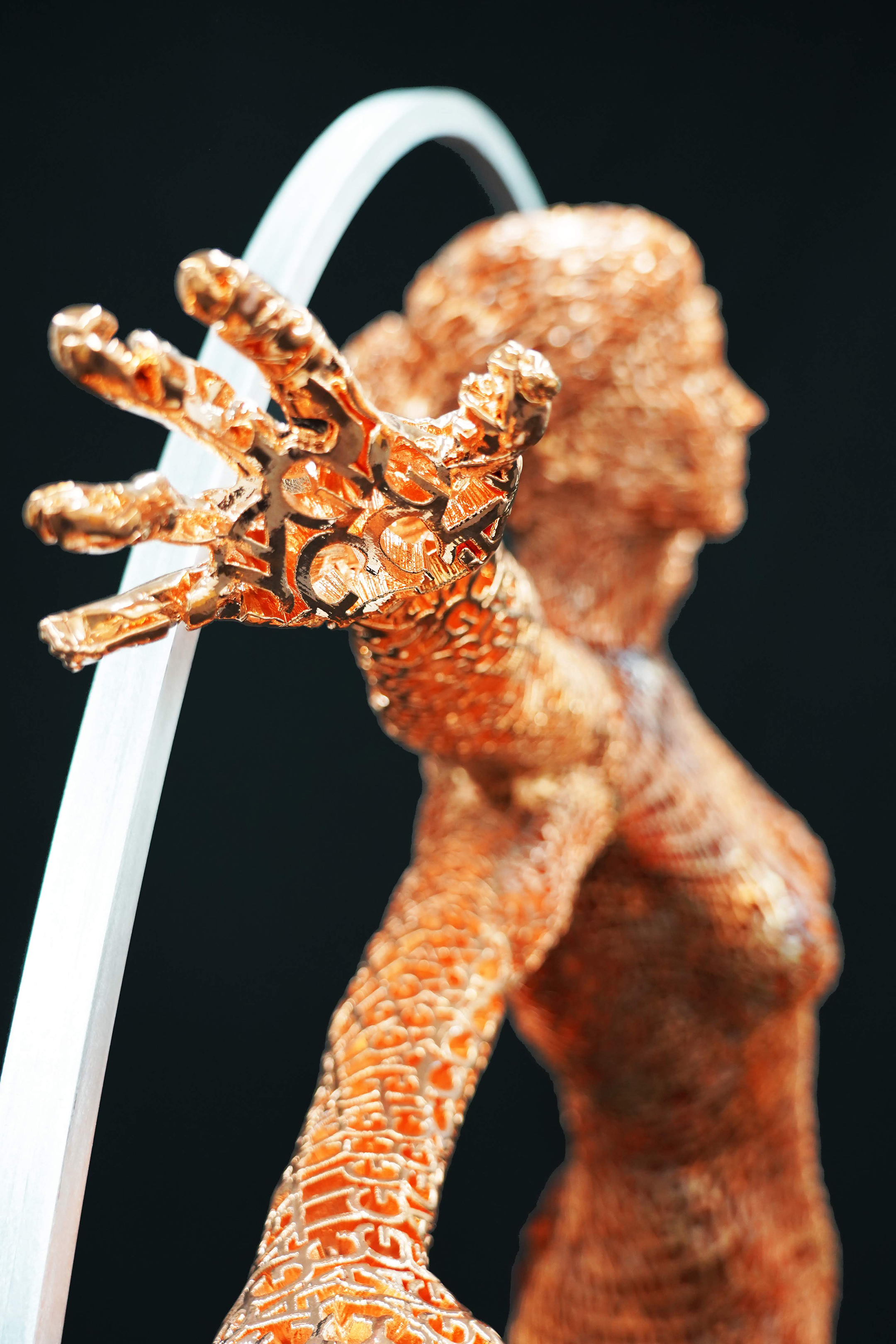 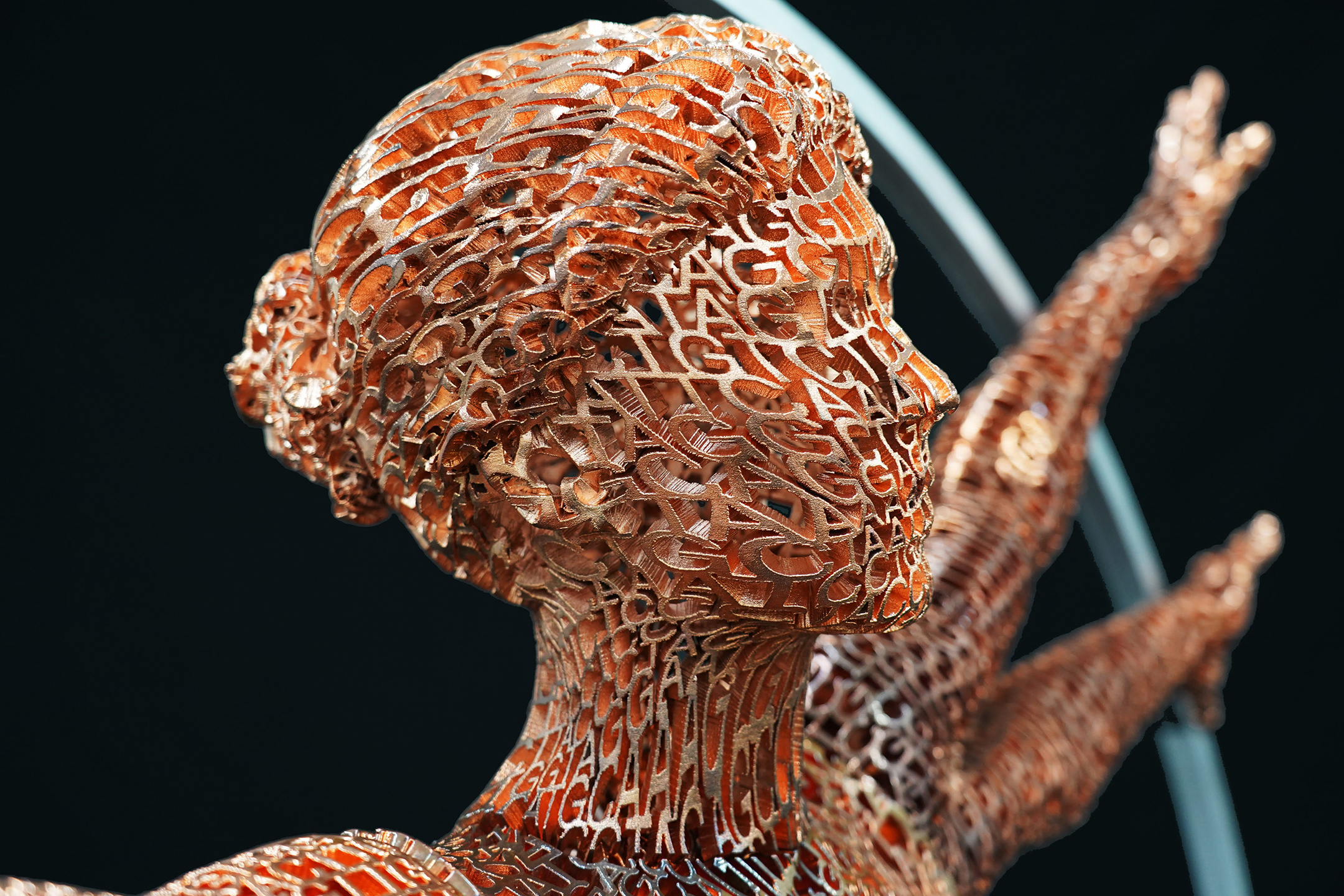 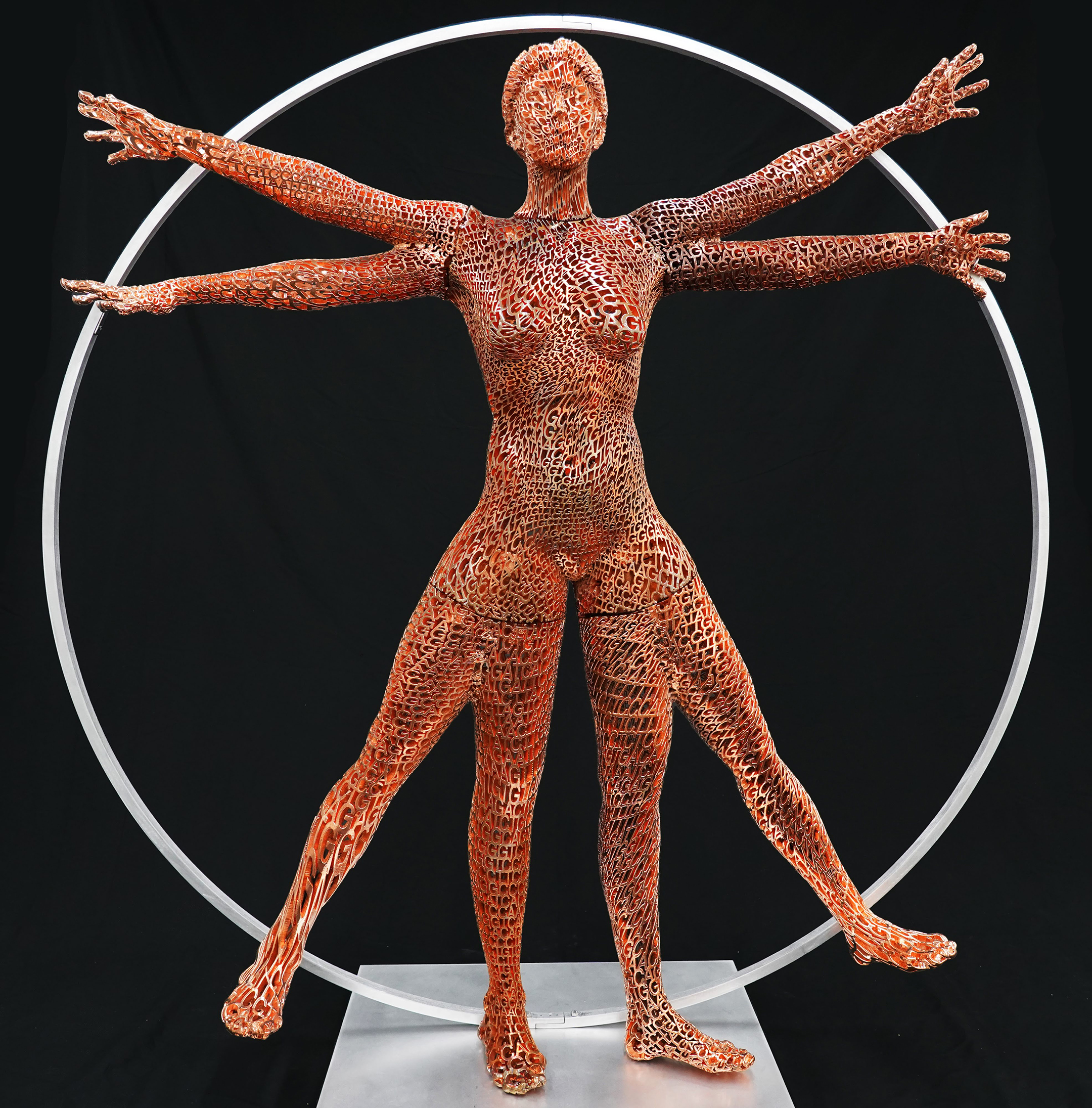 “Vitruvian Woman” is a large scale 3D-printed sculpture by conceptual technology artist Ashley Zelinskie. The life-sized sculpture subverts da Vinci’s ideal male form, the Vitruvian Man, by generating an idealized female form, comprised of many women Zelinskie has worked with, and 3D-scanned, over years: scientists, artists, performers and entrepreneurs. In using the genetic code of the XX chromosomes as a lattice for this composite form, Zelinskie has created a literal and figurative everywoman.

In addition to production through cutting-edge 3D-scanning, 3D-modeling and 3D-printing technology, Zelinskie collaborated with a geneticist to isolate the XX chromosomes into its “G”, “A”, “T” and “C” (guanine, adenine, thymine, cytosine) DNA components. Each pair of letters represents a bar in the double helix ladder of DNA. Zelinskie first worked with DNA representation in her “Human Code” series, a sequence of personalized busts created through 3D-scans and cheek swab DNA samples.

“Vitruvian Woman” is the centerpiece of Zelinskie’s latest body of work, “XX”, which also includes 2D works on paper. Ink-washed images depict the first X-ray photography of the double helix by Rosalind Franklin, a female scientist, whose contributions to the discovery of the form of DNA were long overlooked. Franklin died of ovarian cancer, a consequence of the radiation from her research. Two men, Watson and Crick, were credited with her discovery.

“XX” is an homage to the women of science and, in a larger sense, to the long-overlooked achievements of women. Men and women share the same building blocks of life—the DNA that makes us and unites us as humans—and yet for much of the history of art and science, have not been recognized with equal dignity.